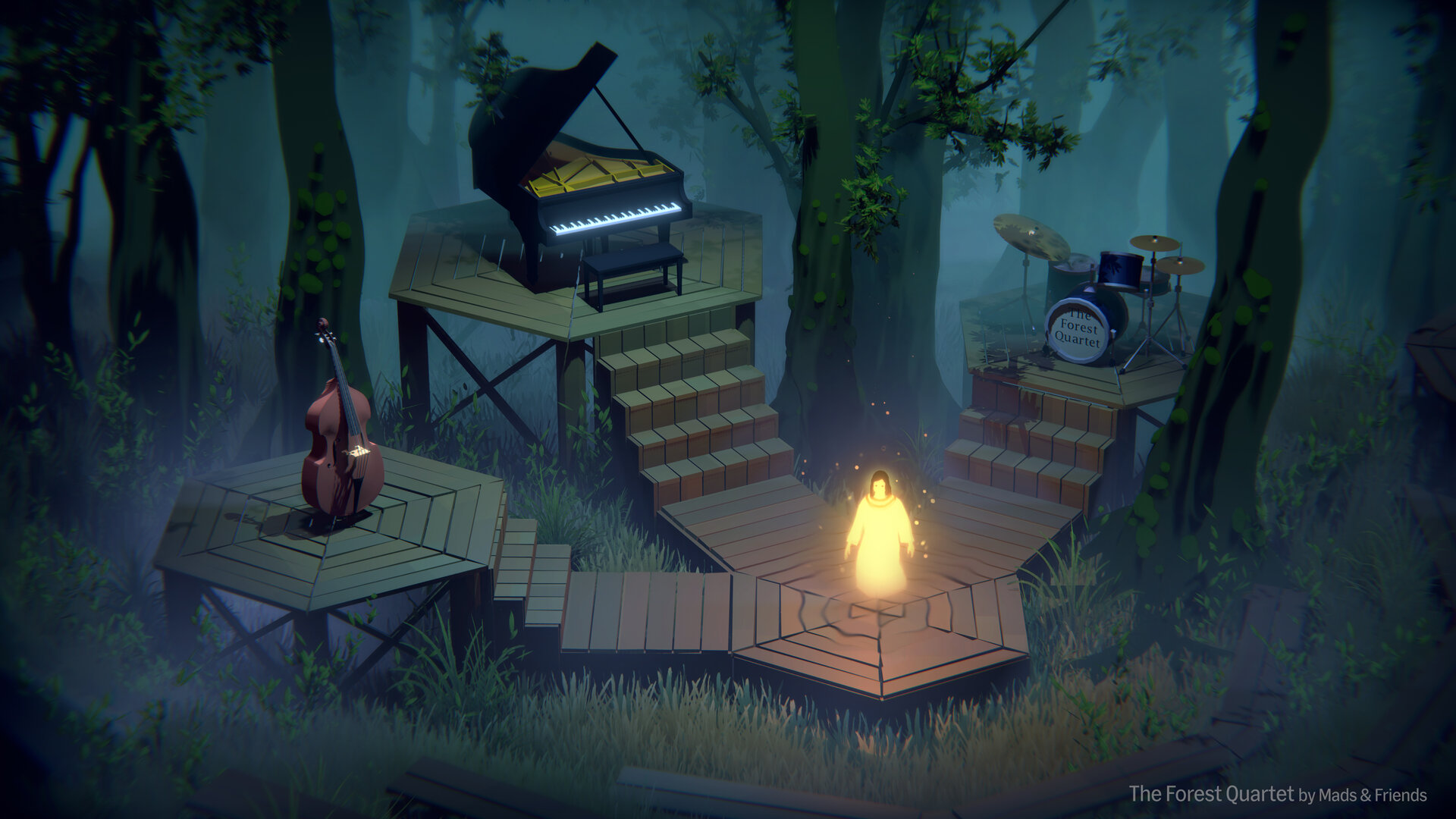 Animated Music is an annual seminar and networking event that aims to bring together visual content creators with composers, musicians and sound designers. Animated Music explores the creative interaction in the development and production process between music and images to provide a basis for innovation in future audiovisual productions. The event is also a networking day bringing composers and visual content creators into closer dialogue with each other.

In the symbiosis of music and movement – a talk by and with Germaine Franco, the Oscar-nominated composer will take us on a behind-the-scenes look at the process of creating the score for today’s most popular animated films, with a particular focus on Disney’s Encanto.

One-man-army, composer and game designer Mads Vadsholt, journeys into the process behind the computer game The Forest Quartet, based on a music driven narrative that breaks new ground in game design. We hear about the composer’s role as therapist for the director from Benjamin Efrati, composer behind the music for the animated opera Amok, which won Cristal for Best Short Film at this year’s prestigious Annecy Festival.

Through his work on Speak No Evil, the composer Sune ‘Køter’ Kølster describes his manipulative work with the audience’s emotions and with music and sound in virtual reality.

Sofie Birch talks about composing music for strange worlds in animated films, based on the artistic short Terra Incognita, which won the Connexion Award at this year’s Annecy Festival.

The event is open for all companies and freelancers in Denmark – free of charge; signup required.

Supported by the Danish Ministry of Higher Education and Science.